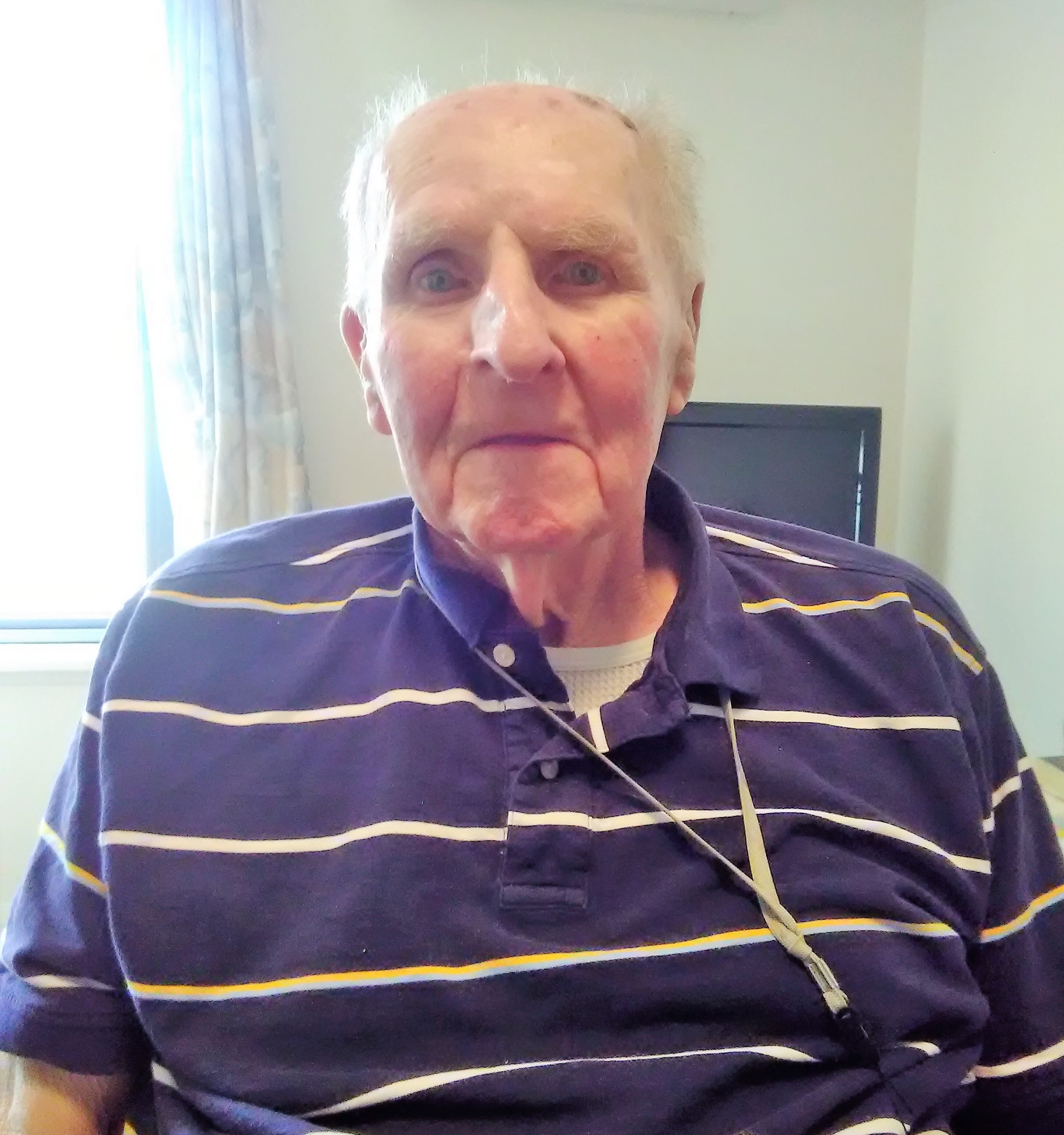 Posted at 15:51h in Age Speaks by martakozlowska 0 Comments
0 Likes

“Advice for the young: work hard and save your money”

I’m Frank Oliver, born on 4th July 1925, so now I’m 93. I was married to a lovely girl for sixty-eight years and we had three children. We now have ten grandchildren and twenty-four great grandkids.

I joined the air force. I had three years in the service and finished up in Borneo, with an air-field construction squad. We did up and repaired strips for the planes.
I played football when the war finished, broke my arm and they flew me home. Then my wife and I lived in Lewisham for nine years, where my two daughters were born, and then after seventeen years, we had a son.

My wife and I lived in the same suburb, a couple of streets away and we used to walk to the station. After a few mornings, we nodded to each other, then we got to “hello, how are you”, and then we got talking, and she said, “Do you go dancing?” I said, “I’m not a real good dancer.” She said, “I go to the old-time dance at Petersham Town Hall every Friday night.” I said, “Oh, do you?” Anyway, my mate came around that night and he said to me, “Where are we going?” I said, “We’re going to Petersham Town Hall.” So, I went up, walked in, and… I can still see the surprise on her face. And that’s where it started.

I joined the air-force and they stationed me at Wagga. Then I got transferred up to the islands. I was a store-keeper. Every night, when they worked on the strip, it would rain, and the globes would go.

I have two girls and a son; the eldest girl lives in Bateman’s Bay, my other daughter lives in Concord, and my son lives down in Melbourne. My daughter’s grandkids were in the television series Packed to the Rafters, when they were babies. They were film stars. They have an older brother and older sister; I think they’ve turned five now.

My son is in the film industry too. He’s made three or four different films and is going to America to talk about some shows. I miss him too; he lives down in Melbourne.

Advice for the young: work hard and save your money. You’ll find later on, you need it. I’ve been very lucky; I’ve had good jobs. I would say, work hard, and save your money. Otherwise you’ll be sorry later on. You need to have something behind you…
I’ve really had a good life. I can’t complain. I had a good time in the air force, especially down in Wagga: it was a good city- all pubs! We used to get Saturday off, and everyone would be in the town, couple of mates and me, we used to go to a pub at the crossroads. We’d have a few drinks, go around see the cook, give her a couple of shillings, and we’d get a big plate of sandwiches.